The 1931 Bentley 8-Liter is a pre-war luxury car by Bentley featured in Forza Motorsport 4 as an Autovista-only car and as standard in Forza Horizon 4.

The Bentley 8-Liter (or 8-Litre as it was actually called) was created by Bentley Motors Limited as a luxury model and was the last full production new model vehicle made by the company while still under that name.

The 8-Liter was made available to purchase during the first year of the Great Depression, usually with custom coachwork for the body. As manufacturing costs became too high, while sales were too low to save the company from financial ruin, Bentley was forced to sell to Rolls-Royce. 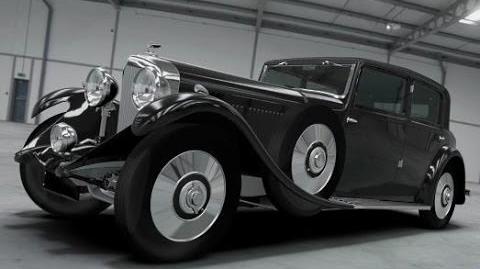 Retrieved from "https://forza.fandom.com/wiki/Bentley_8-Liter?oldid=63097"
Community content is available under CC-BY-SA unless otherwise noted.