For other cars with the Ford GT name, see Ford GT (disambiguation).

The 2005 Ford GT, abbreviated as Ford GT '05, is a mid-engined supercar by Ford featured in all main series titles.

It is only available as a Showcase reward in Forza Motorsport 7.

The Ford GT uses a similar external appearance to the original Ford GT40 cars, but bigger, wider, and most importantly 3 in (76 mm) taller than the original 40 in (100 cm) GT40s. As a result, the Ford GT could potentially be named the Ford GT43. Despite being visually related, no structural similarities exist between the modern GT and the GT40 that inspired it. 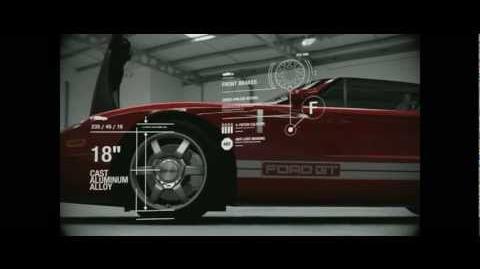 Retrieved from "https://forza.fandom.com/wiki/Ford_GT_(2005)?oldid=61282"
Community content is available under CC-BY-SA unless otherwise noted.