The first trailer for Forza Horizon was leaked on March 3, 2012. It showed several sports cars racing in a open environment based around a musical festival.[1]

It was developed by Playground Games and Turn 10 Studios.

Forza Horizon is based around the Horizon Festival, a festival of music and motor racing. The player's goal at the festival is to defeat Darius Flynt and earn the title of Horizon Champion.

As players rank up by winning events, they earn points towards their current wristband, leading to higher tiers of competition.

To progress in the game, the player must complete as many Festival Events and Showcase races as possible to increase their popularity rank. After winning a certain number of races, the player must obtain a wristband to unlock more events. They are awarded upon earning enough points to level up to the next rank.

Upon ranking up, a rival will challenge the player to a Star Showdown event, which can be won to earn the rival's signature car and extra cash.

Sponsor Challenges are a series of driving stunt challenges conducted by sponsors of the Horizon Festival that can be completed anytime in the game. Progress is indicated by ten ranks. Upon completing a rank, the player will be rewarded with bonus credits.

PR Stunts are promotional Horizon Festival events that give the player discounts on fast traveling to an outpost. They can be accessed through any of the Horizon Outposts with a photo shoot, speed trap, and a skill chain stunt at each location.

The setting of Forza Horizon is based in Colorado, USA and featured with a day/night cycle. Throughout the festival, players will encounter AI traffic, and other festival racers that can be challenged to quick races. In addition, players can drive through speed traps, partake in Street Races, and can enter Horizon Outposts.

Players can discover up to nine barn finds and at least one hundred discount signs in Forza Horizon.

Forza Horizon features over 200 cars but does not includes racing cars from other installments. Each car can be customized with performance upgrades and new paint jobs. Tuning setups are absent from the game.

Downloadable Content made available for Forza Horizon includes a season pass, car packs, and expansions that add to the base game.

Forza Horizon was delisted from the Xbox Live Marketplace on October 24, 2016, and can no longer be purchased. Owners of a physical disc can play the base game on either an Xbox 360 or Xbox One, but they will not have access to any digital content.

Those that own a digital copy of the game, and any related downloadable content, prior to its delisting can reacquire any purchased digital content through their account purchase history or their Xbox One dashboard. 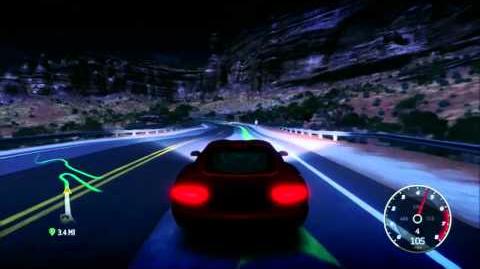 Forza Horizon - Behind The Scenes - Episode 2
Promotional
Behind the Scenes, Episode 2

Forza Horizon - Behind The Scenes Episode 4 - Culture
Promotional
Behind the Scenes, Episode 4