Forza Horizon 2 is set around Southern France and Northern Italy, revolving around a musical festival. A dynamic weather system will be introduced in the title, as well as the Drivatar AI from Forza Motorsport 5. Despite the fact that the game is barrier-less, there are invisible walls above many guard rails and blocking highways from the side.

Different to its predecessor, Forza Horizon 2 will put a strong emphasis on combining its single player and multiplayer aspects - players will encounter Drivatars in single player mode while free-roaming, which will be replaced by other players when switching to online play. Players will also be able to create Car Meets, where quick races, as well as custom design and tuning setup exchanges are possible.

The skills system from the previous title will also be incorporated into a Perk system which will grant players numerous gameplay enhancements. Introduced is the Horizon Wheelspin, which is only available in the Xbox One version of the game

Forza Horizon 2 includes more than 700 events, with the addition of barrier-less cross country races that allow up to 12 players to participate.

Driving challenges will be featured in "Bucket Lists." Each challenge can be triggered by entering a vehicle that is unique to the event. These vehicles are placed throughout the setting of the game. Similar to Rivals Mode, new Bucket Lists will be continuously released or updated post-launch.[3]

Forza Horizon 2 features "over 200 cars." [4]. In 2015 a Porsche expansion was released which features over 10 Porsches and a Porsche-themed Bucket List and achievements. 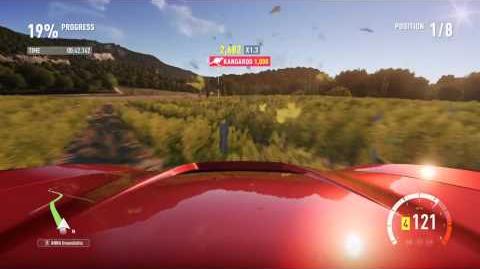 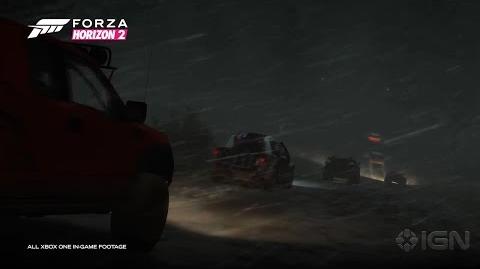