Forza Horizon 3 is a racing game developed by Playground Games and Turn 10 Studios, with additional work being provided by Sumo Digital. It is the ninth main title of the Forza series and the sequel to Forza Horizon 2.

Players with digital copies automatically purchase the title for both, Xbox One and Windows 10, and may transfer progress between both platforms through the Xbox Play Anywhere feature.

Forza Horizon 3 is set in a fictional setting of Southern Australia known as Horizon Australia and brings along several new features to the franchise including Drivatar lineups and custom Horizon Blueprint player events.

Since September 27, 2020, Forza Horizon 3 has no longer been available for purchase on Microsoft Store due to reaching its end-of-life status. However, owners of the game are still able to download the game and any downloadable content they own.[3]

The Australian Tour Edition was only available through Australian video game retailer EB Games and included a steelbook, t-shirt with the locations names of the title, and four pre-order bonus cars.[6] 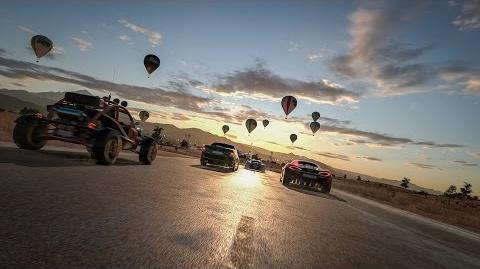