The 723 Quartz Regalia (Japanese: クォーツレガリア) is a AWD convertible from the 2016 role-playing game Final Fantasy XV that was gifted in Forza Horizon 3 to players, whom played either game prior to August 1, 2017.

It was also added into Forza Horizon 4 with the Series 6 update as a seasonal reward.

It is unlockable as a Hard-to-Find car.

The Regalia is the car Final Fantasy XV protagonist Noctis Lucis Caelum and his friends use to travel across the realm of Eos.

Appearing as a black, four-seat convertible, the Quartz Regalia has its interior made of dark leather, with a chocobo talon motif on its hubcaps. Its design was largely influenced by the Cadillac Ciel concept car, Maybach Exelero one-off car and Rolls-Royce luxury cars.[2] In Forza Horizon 4, the Regalia is shown with the top down in-game.

Despite its high weight, which results in a power-to-weight ratio of only 170 hp (127 kW) per tonne, the Regalia is surprisingly grippy in corners and has effective brakes. It is also very stable on jumps as its high weight makes it hard to roll over, although its nose does tend to dive in on steep jumps due to its long wheelbase. 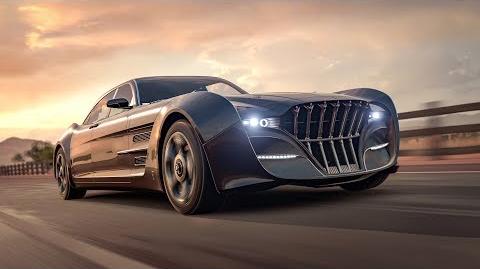 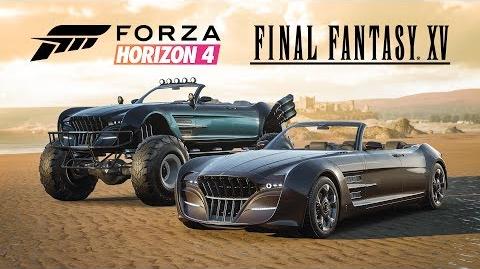 Retrieved from "https://forza.fandom.com/wiki/Quartz_Regalia?oldid=71412"
Community content is available under CC-BY-SA unless otherwise noted.